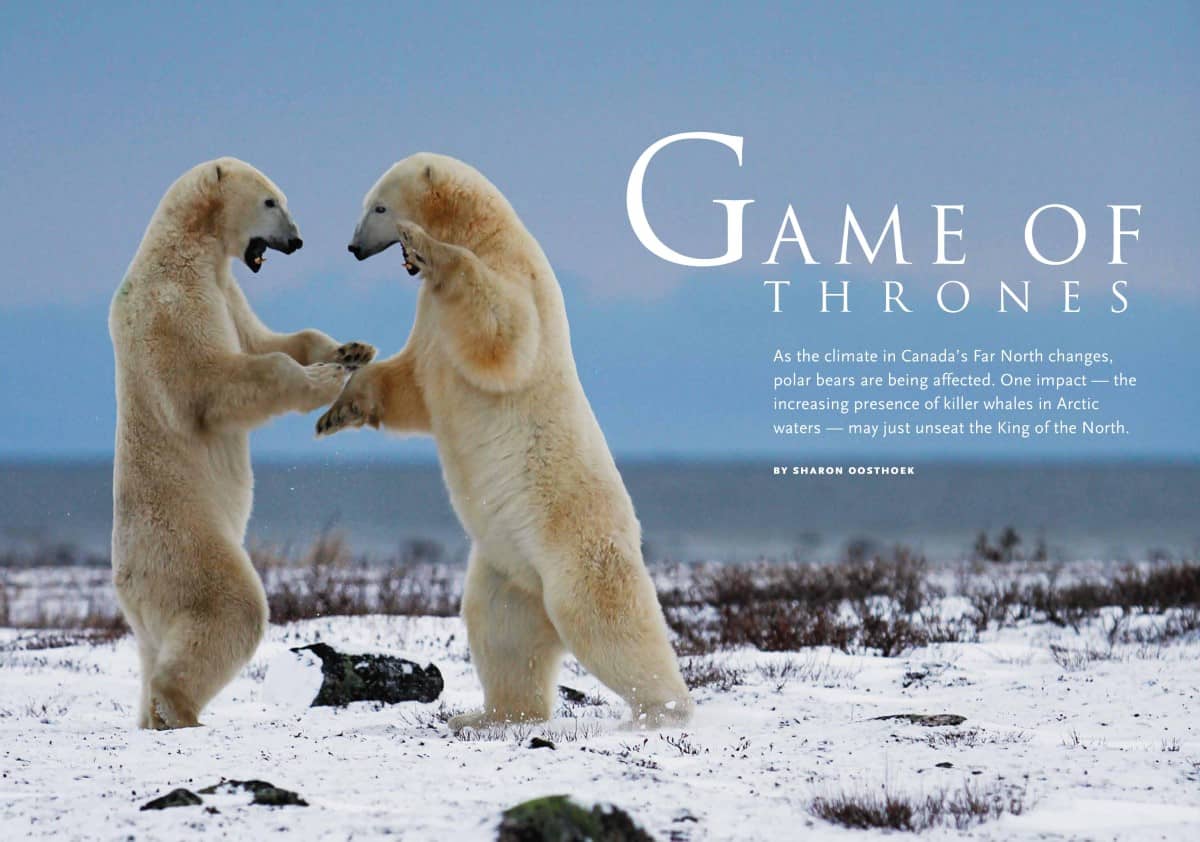 A LONE POLAR BEAR ambles along the western shore of Hudson Bay, just outside the town of Churchill, Man. Every few minutes, she stops on the rocky beach, stands on her rear legs and peers across the bay’s open waters. Something out there has caught her attention.

It’s late August. Months will pass before the increasingly unpredictable sea ice forms, providing a platform to hunt seals and fatten up after several lean months on land. It is not ice, however longingly anticipated, that has her scanning the cold, grey water. About 300 metres from shore, seven triangular dorsal fins betray the position of a group of unusual visitors to the bay: killer whales.

Perhaps the polar bear is just as surprised to see the whales as the tourists whose Zodiac idles a stone’s throw from the pod. Certainly the boat’s driver with Sea North Tours — a lifelong Churchill resident — is astonished. “Oh man, I can’t believe I’m looking at orcas!” Remi Foubert-Allen shouts over the noise of an outboard motor. 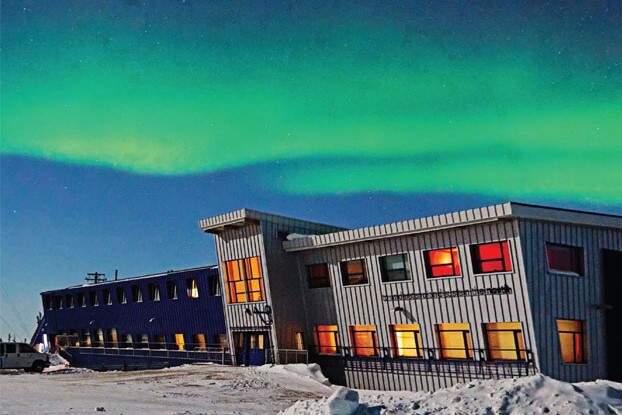 Conducting research in the Arctic has never been easy, but Canadian scientists continue to work in the North with support from the South — accruing benefits for all

NOVEMBER IS TYPICALLY the snowiest and windiest month in Churchill, Man., but that doesn’t mean life slows down in the small town on the western shore of Hudson Bay. The sun still shines for about seven hours each day in November, and the polar bear population near the community is at its annual peak. And every day in Churchill and at research stations scattered across Canada’s northern territories, scientists bundle up in GORE-TEX and goose down and trudge across permafrost, snow and ice to study the region. Using many fields of inquiry and deepening their knowledge by exchanging information with aboriginal peoples, scientists analyze the impacts of a changing climate in the Arctic. And they couldn’t do this work without the support network that keeps the Churchill Northern Studies Centre (CNSC) and other research stations running. 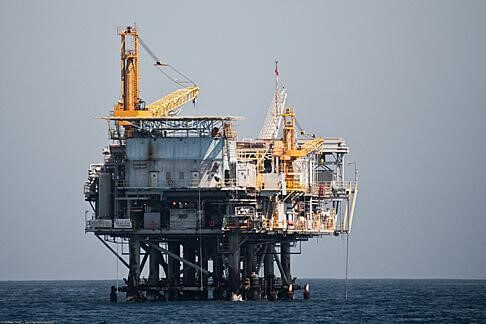 LAST SUMMER WAS a stressful time to be the mayor of Grise Fiord, a tiny hamlet on Nunavut’s Ellesmere Island. Meeka Kiguktak was keeping tabs on a research vessel motoring to Lancaster Sound to conduct seismic testing. Kiguktak and others in Grise Fiord and nearby communities were worried that the federal government scientists aboard would discover oil and gas deposits, putting an end to a proposed marine conservation area for the sound, which is sandwiched between Baffin and Devon islands.

Kiguktak is sleeping much better these days. In December, then Environment Minister John Baird announced that Ottawa is prepared to give up potentially lucrative petroleum deposits in the sound in order to protect a place that is home to most of the world’s narwhals, 40 percent of its belugas, massive bowhead whales, walruses, polar bears and seals. The government has proposed the creation a national marine conservation area, a designation that was put forward as far back as 1987.

Got your doubts that a 225-gram can of bear spray could stop several hundred kilograms of charging muscle and fur? Until recently, renowned Canadian bear expert Steve Herrero shared those doubts. But then he and colleague Thomas Smith, a wildlife scientist at Utah’s Brigham Young University, took a hard look at bear encounters in Alaska from 1985 to 2006

Ice caps and glaciers cover 150,000 square kilometres of the Canadian Arctic Islands, the largest such area outside of the Greenland and Antarctic ice sheets. Over the past 10 years, Natural Resources Canada (NRCan) scientists have been measuring the velocity of this area of land ice with the help of the Canadian Space Agency-funded Radarsat-1 and Radarsat-2 satellites.

From the comfort of your home computer, you can keep tabs on one of the world’s most mysterious creatures in its watery world 1.5 kilometres beneath the sea. An international team of researchers headed by Fisheries and Oceans Canada (DFO) is tracking seven narwhals that were fitted with satellite transmitters last August off the coast of North Baffin Island.