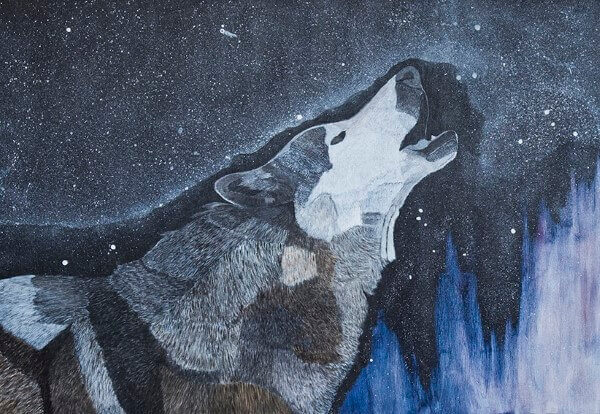 How one woman overcame fetal alcohol syndrome and found art

“HOW ARE YOU going to change your part of the world in a positive way for the next seven generations?”

That was the challenge that Jennifer Tourangeau put to her fellow graduates at Grande Prairie Regional College’s two-year visual arts and design program in Alberta this spring. She urged them to take an Indigenous approach to stewardship—that is, to live and work for the benefit of seven generations into the future. As valedictorian, it was her job to send them out into the world with a message of hope. The 36-year-old Dene woman’s very presence at the lectern was likely hope enough for many in the crowd.

“My own change began when I chose Grande Prairie Regional College as my first stop in the journey to my dreams,” she told them. “During this time, I have had my

THIRTEEN YEARS AFTER scientists sequenced the human genome, we are still trying to figure out how to read it and what to do about the stories it tells. It’s clear the presence of certain genes can predict our vulnerability to disease, including cancer and birth defects. But the decisions to test for these genes and act on the results raise tough questions.

Enter the genetics counsellor: a growing profession that combines education in genetics and psychology to help guide patients through the process. “I love the genetics part of it. But the part that’s really fascinating is the counselling,” says William Pirjamali, a genetics counsellor at Thunder Bay Regional Health Sciences Centre.

Pirjamali spends much of his time counselling breast-cancer patients and those at risk about the pros and cons of being tested for genes linked to cancer, and whether to have their daughters tested. A woman who tests positive for the BRCA1 gene, for example, has a 70 to 80 per cent lifetime risk of developing breast cancer, and her daughters can inherit the gene. These conversations play a critical role. 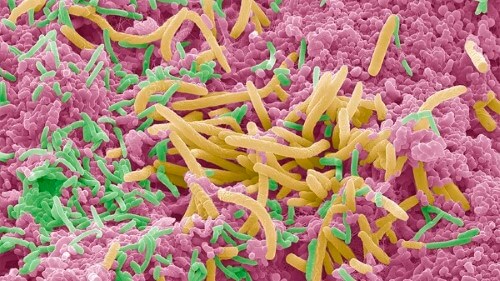 Small world: The hot field of the microbiome

Ever since the discovery that bacteria can be good for us, there's been a race to get into the lab

HUMANS ARE FULL of bacteria. Each of us hosts roughly the same number of bacterial cells as human cells—and that’s a good thing.

Microbes and humans have co-evolved over millennia to help each other. We give them a place to live and food to eat and, in return, they work hard on our behalf. Bacteria on our skin, for example, form a protective coating that fights off germs that can make us sick. “Good” bacteria in the gut help digest food, releasing the energy and nutrients we need, and crowd out “bad” bacteria that can trigger disease.

Welcome to the world of the human microbiome—the micro-organisms that live in and on our bodies. It is a world that has been making headlines of late with research showing it can affect not only our physical health, but our mental well-being and even our behaviour. This is spurring interest in programs and careers studying how the microbiome works and how to make it work better for us. “There was a period of time when the microbiome was less interesting to students, but now it’s become really popular. The convergence of disciplines is really exciting,” says Christine Szymanski, president of the Canadian Society of Microbiologists and a microbiology professor at the University of Alberta.

Barry Saville has spent much of his career figuring out how to stop fungi from infecting food crops. But for the past three years, the Trent University professor has been deliberately infecting corn with a fungus that produces large, whitish-grey kernels he believes have potential as a niche product for market farmers. Here in Canada, we have a decidedly unpretty name for it: corn smut.

The tagline on Gryllies’ website says the company makes “delicious, future-friendly protein alternatives. P.S. they’re made from crickets.” Gryllies—the result of a Queen’s University initiative designed to help students create a company—launched in Kingston, Ont., last summer with a very big agenda: “The inspiration came from wanting to solve the problem of food sustainability.

Every year, billions of single-serve, non-compostable coffee pods end up in landfills. So when Toronto-based coffee roaster Club Coffee, the largest distributor of packaged coffee sold in Canadian grocery stores, approached Amar Mohanty about reducing that impact, the University of Guelph biomaterials expert got straight to work. “The popularity of the pods is skyrocketing

Andrew Pelling waves a slice of apple at his audience, pointing out its unusually pink pulp. The colour, he tells them, comes from human skin cells growing inside the apple. As the University of Ottawa biophysicist explains in a TED Talk, he is studying how to turn fruits and vegetables into a new and cheap source of biomaterials to repair the human body.

A pop-up display of furniture grown from mushrooms at the University of British Columbia is boosting interest in an eco-friendly building material. The six benches, placed outside the university bookstore for a couple of months this spring, were designed as a proof of concept: the work of Joe Dahmen, a professor at UBC’s School of Architecture and Landscape Architecture

A metal box inside which mice play with an iPad and slurp strawberry milkshakes—is transforming the way cognitive tests are performed on animals. The goal, say the Western University neuroscientists who designed it, is insights into human disorders and new treatments for diseases such as